A Vampires Castle, How To Draw A Vamps Castle

Vampires castles usually look rather large and almost ancient and that's the idea I suppose with drawing these types of castles, they must look this way, although you can experiment with the many different types of castle views I mainly use the tried and tested formula for drawing castles for vampires and here are the main things that I like to include in a vampires castle....

That's basically the requirements, but do feel free to add what you want in your own castle drawing for vampires....

Right for my sketch, I wanted to obviously include my requirements above and so starting out I loosely sketch what I want to place on the page and go from there, see the drawing below to see how I managed that... it's a fairly basic sketch as you see, but it serves the brilliant purpose of placing everything that I want included in there. 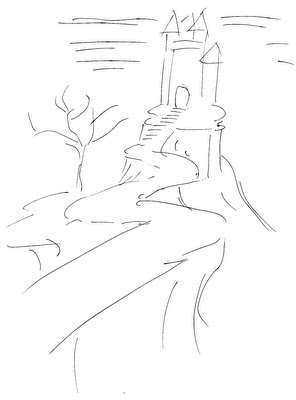 The next part is trying to develop those areas you identified previously. now take this sketch and place it on a lightbox with a fresh piece of paper over it and what you are going to do now is to draw a more detailed version of your draft sketch, if you don't have a lightbox yet, try taping your paper to a window and let the daylight act as a lightbox (I used to do this until I thought, hey I'll get a lightbox


By using the initial draft sketch as a guide you can draw a more improved version of your vampires castle, and this usually takes 2 or 3 times to refine and get right, see below! 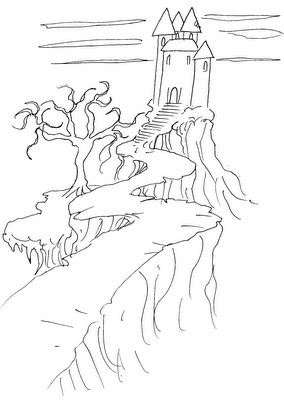 Now the next stage I decided to redo the lightbox method and absolutely refine the drawing and try and improve on the previous drawing one more time, to make a final drawing of our vampires castle with a bit more detail on the rocky crumbling mountain and the dead tree at the side, also I put in some bats coming from a hole in one of the towers, which was probably inspired by being forced to watch Scooby Doo when my kids watch it.

Now by no means is the vampire castle drawing complete at this stage, but the idea and the final drawing is there below, so take a look and enjoy! 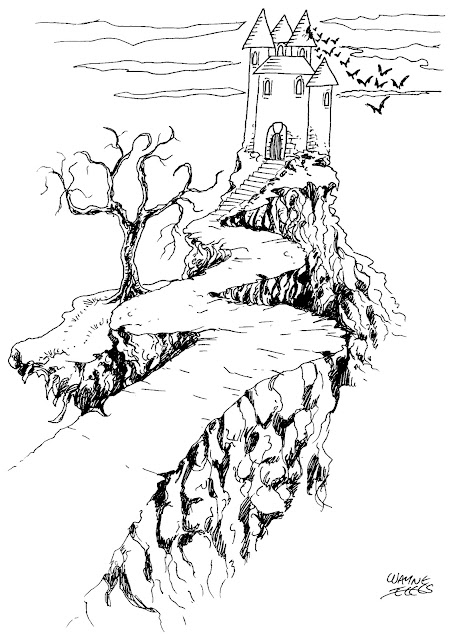