I have been trying to draw a Freddy Krueger head sketch for some time and this one seemed better than the others which ended up in the reject pile. While I think it's commendable to draw a realistic portrait of Robert Englund as Kruger, but that's not my style. So instead I wanted to capture the essence of Nightmare on Elm Streets favorite horror icon.

Right now the inked version has that raw look and the colour will help bring the character to life. As and when I finish this illustration I'll do an update to this post. 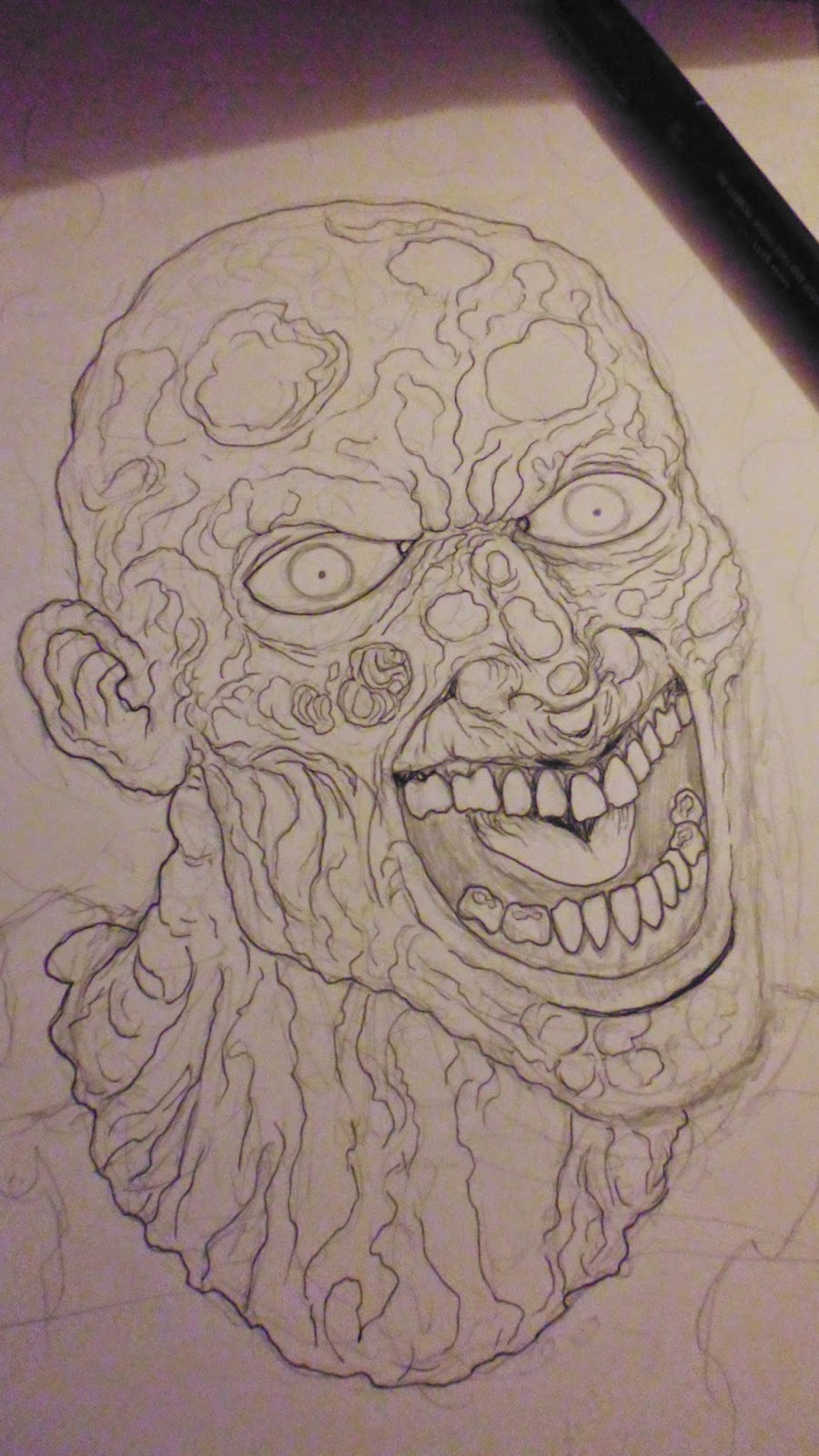 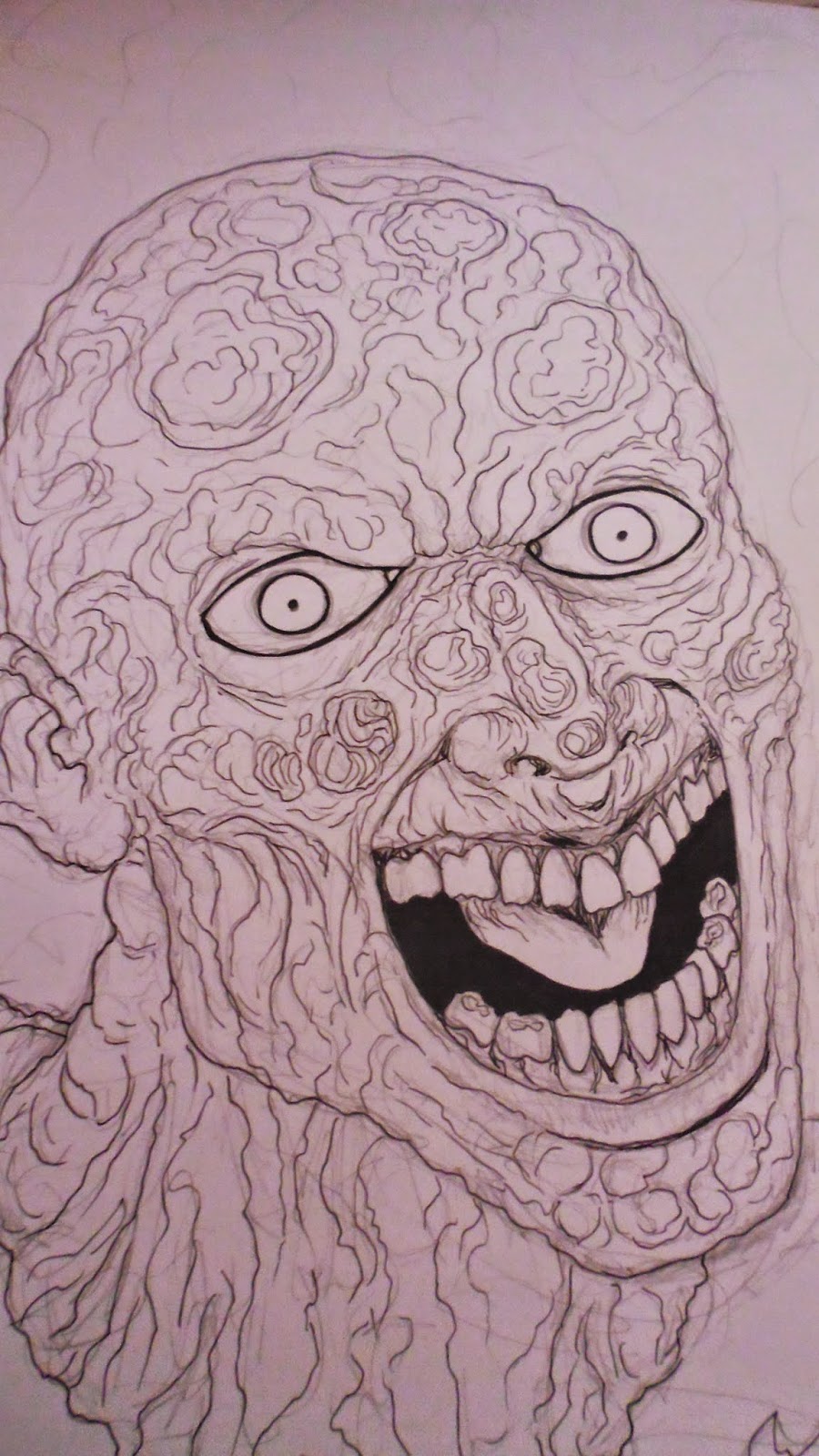